Slice Through 7 Layers Of Taxes For Investors

No one would argue that the U.S. tax system is simple. In fact, the methodology for calculating taxes on earnings from investments and income from other sources may be even more complex than you might think. There are seven different "layers" of taxation you must cope with every year:


1. Ordinary income tax rates. These are for your garden-variety "income taxes." There are seven brackets for federal taxes on ordinary income (for example, your salary, and investment interest), and the more you earn, the higher your rate. Although everyone benefits from having at least a portion of his or her regular income taxed at the lowest 10% rate, if your earnings are high you'll generally have to pay a much steeper tax price than those who make less (more to come). 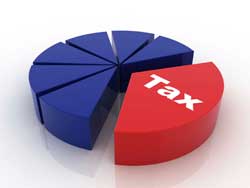 2. Capital gains rates. Gains and losses from sales of capital assets such as securities and real estate are governed by their own tax rules and rates. Your losses generally can offset gains, plus up to $3,000 of ordinary income. For long-term gains (on assets held longer than a year), the maximum tax rate is 0% for those in the lowest two income tax brackets, 15% for most investors, and 20% for those in the top ordinary income tax bracket. Most stock dividends are taxed at the same rates as long-term capital gains, but short-term capital gains are taxed at the higher rates for ordinary income.

3. Alternative minimum tax. Besides computing what you owe under the regular tax system, you're required to calculate "alternative minimum tax" (AMT) liability when you file your federal income tax return, and then you pay the higher of the two tax calculations. Although the AMT was designed initially to ensure that even the wealthiest individuals pay their fair share of income tax, many moderate-income taxpayers have been blindsided in recent years by this so-called "stealth tax." 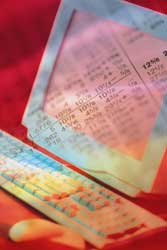 5. Pease/PEP limits. The same legislation that instituted the supertax also reinstated two key limits in the tax law for high-earners. Under the "Pease rule" (named for the congressman who introduced it), most itemized deductions—including big-ticket deductions for charitable donations, state and local taxes, and mortgage interest expenses—are reduced if your adjusted gross income (AGI) exceeds an annual threshold. A comparable rule reduces personal exemptions under the personal exemption phaseout (PEP) limit. Both the Pease and PEP limits for 2017 kick in at $261,500 of AGI for single filers and $313,800 of AGI for joint filers.

6. Net investment income tax. Yet another tax layer went into effect in 2013. Under the 2010 health care law, a 3.8% Medicare surtax applies to the lesser of your "net investment income" (NII) or modified adjusted gross income (MAGI) that exceeds a threshold of $200,000 for single filers and $250,000 for joint filers. NII includes interest, dividends, capital gains, rents, royalties, nonqualified annuities, income from passive activities, and income from trading financial instruments or commodities. Some items, including active business income and distributions from IRA and workplace retirement plans, don't get taxed here. When you add the 3.8% surtax to the supertax, your top effective tax rate can be as high as 43.4%.

7. State income taxes. Last but not least are state income taxes. In all but seven U.S. states, there's a state income tax that will increase your overall tax burden. For instance, in California, New York, and other high-tax states, state taxes can push investors at the effective 43.4% federal tax level over 50%. That means more than half of your income is going to taxes.

These seven layers of taxation can pose problems, but they also can present opportunities. With tax-efficient investing, you may be able to reduce your tax liability without compromising your goals. Schedule a consultation to discuss your situation.