Despite The Washington Sideshow, Stocks Closed At A New All-Time High

While the sideshow in Washington dominated the world stage again for yet another week, the economy deserves rave reviews.

While no one can predict the next up or down in the stock market, the earnings estimates puts stock prices - the black line - on a very positive trajectory. 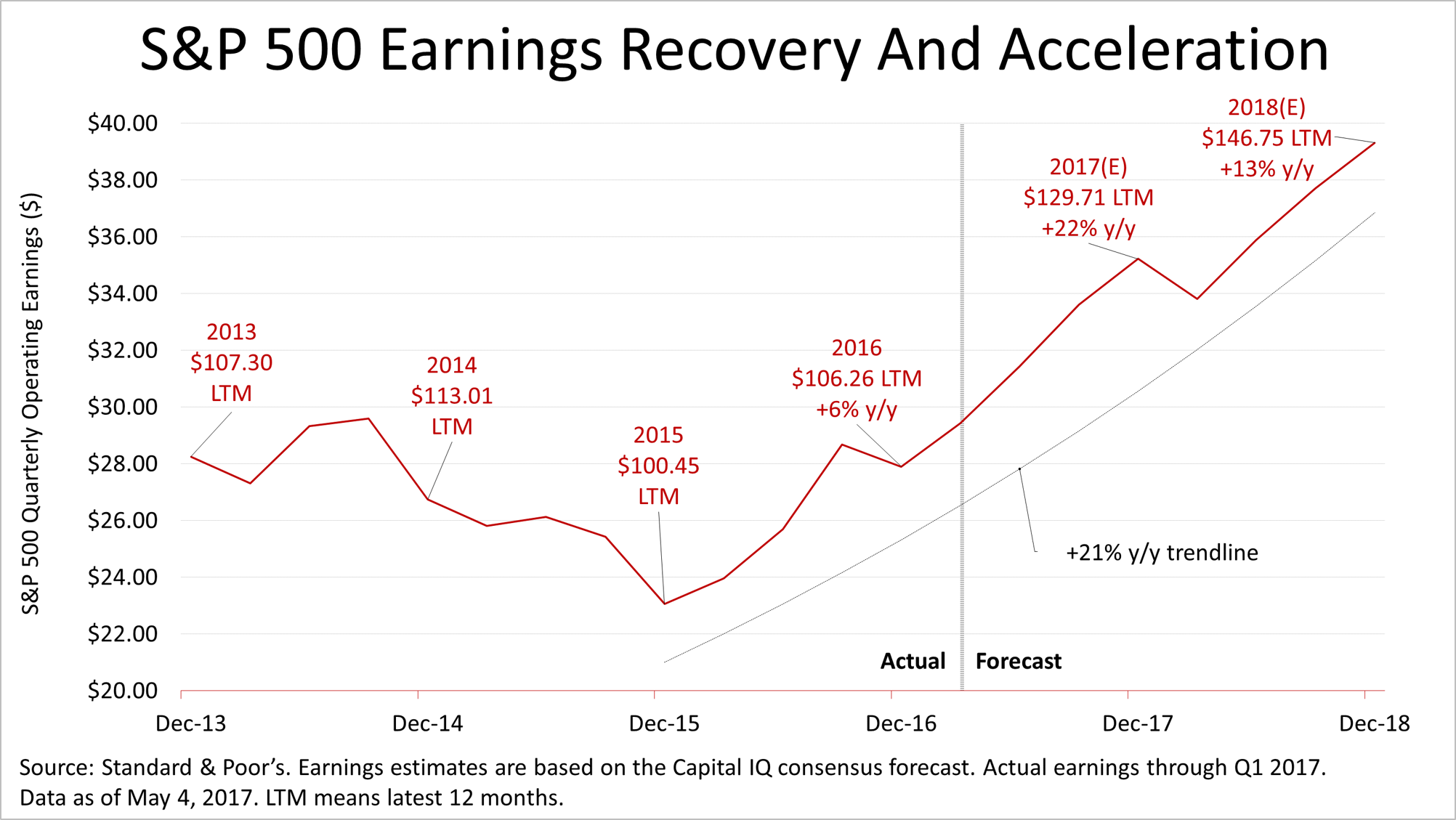 The 2014-15 collapse in oil prices and the 2014-15 surge in the U.S. dollar combined to cause a serious earnings recession. Lower oil prices and commodities crushed profits at U.S. companies in those sectors, hurting earnings for the overall S&P 500 index. However, since the bottom of the earnings recession in December 2015, earnings have snapped back, as shown in the steep 21% trendline. Standard & Poor's Inc., the independent rating agency, forecasts that earnings growth will substantially accelerate from the second quarter of 2017 through the end of 2018.

If Standard & Poor's forecasts are correct, we're in the early innings of an earnings recovery, with profits expected to soar 22% in 2017 over a year earlier, and by another 13% in 2018. 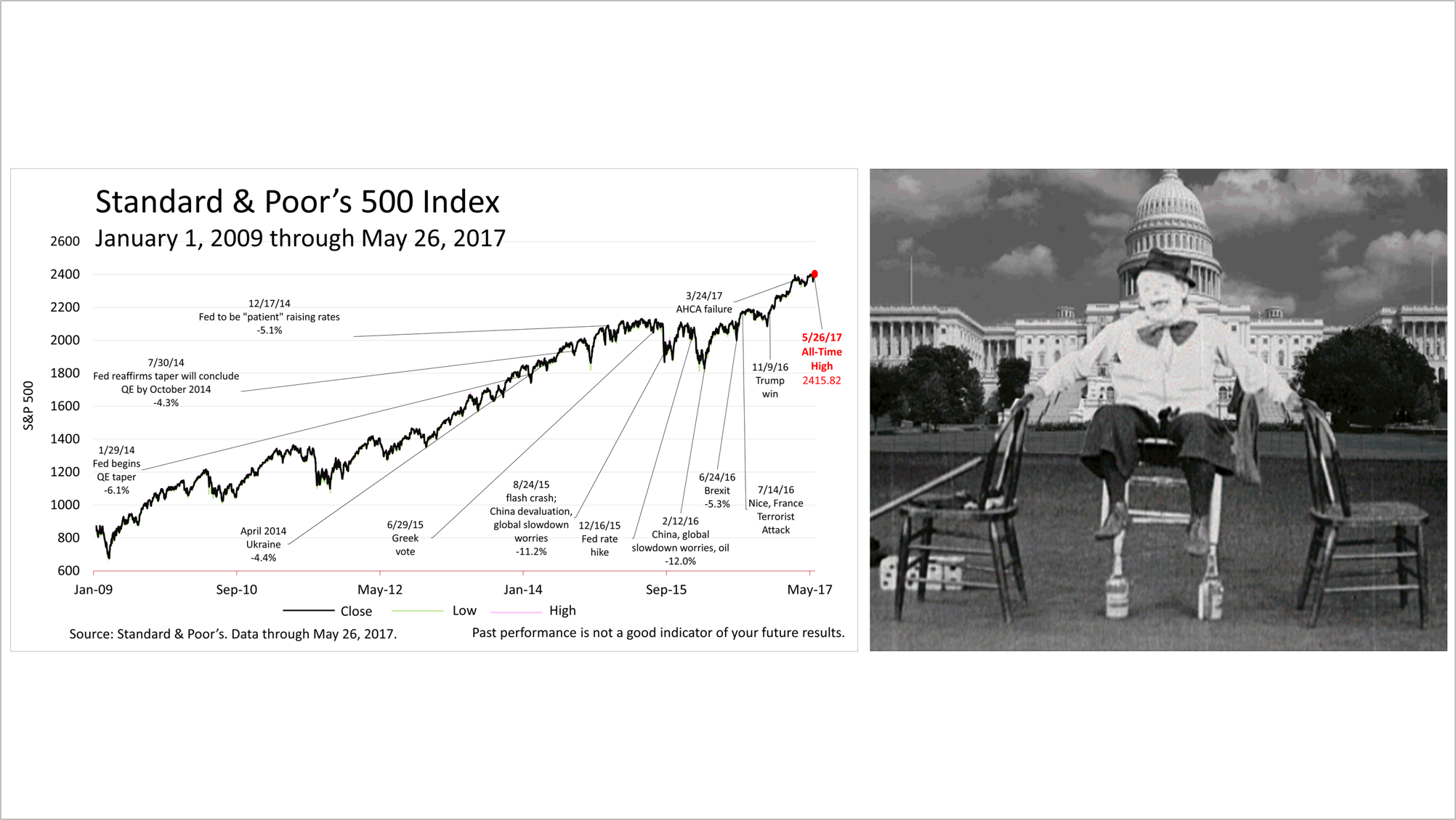 While you may be infuriated by the circus in Washington, the U.S. economy has remained the greatest show on earth.

The political crisis in Washington has not stopped the march of the American economy's progress, demonstrating what makes America great.

On this Memorial Day, we are grateful to the members of the U.S. armed forces for their service and sacrifice, and wish you and your family a wonderful holiday weekend.