Can An Underfunded Small Business Startup Be Successful?

A main reason many small businesses fail is that they were started without enough operating capital. So, is it possible to start a small business with insufficient cash up front and still be successful?

Yes, says a former newspaper journalist who opened a business-writing service in St. Petersburg, Florida, in 1981 and operated it profitably for 10 years before he decided to sell it and retire. He not only overcame the problem of being underfunded, but he also beat the odds of small business survival. According to a recent report by the Small Business Administration (SBA), seven out of 10 new small businesses make it through at least two years and only 51% are still going after five years. 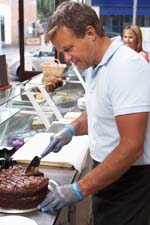 Many startups that do fail suffer from poor management. New business owners frequently lack expertise in finance, purchasing, selling, production, and hiring and managing employees. Yet for this former journalist, most of those shortcomings weren't issues. He understood print journalism and had been employed as a mid-level manager at several metropolitan newspapers.

He did find, however, that he lacked expertise on the financial side of running a business. He solved that by taking college courses in accounting, economics, and finance. He then was able to create a business model for his writing service, and he also prepared a business plan that he presented to his bank, which then extended him a $50,000 line of credit. "I got lucky, though, and never had to use the line of credit," he says.

How was that possible?

"I have a very wonderful wife who is 100% supportive of me," he says. "She said when I opened the business that she would work and support me financially while I got our home-based business off the ground. 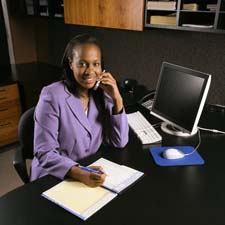 "After two years of living on her weekly paychecks as an administrative assistant at a manufacturing plant, I was finally able to tell her to quit her job and work with me. It was the second smartest thing I ever did. The first was marrying her.

"Using her office skills, she rearranged my daily work schedule in a manner that gave me much more time to write articles for business and trade magazines, which were the primary targets of my writing service.

"After one year of working with my wife, I doubled my income and had to move the business to a storefront office, where I hired a writer to help me. After one year at that location, we had to move into a suite of offices in a corporate office park.

"There, we hired two more employees and began a wonderful ride through the joys of self-employment. I like having to depend on myself for a living. I couldn't do it, of course, without my wife.

"I also got lucky again. A friend told me that the local electric utility needed outside writing services. He introduced me to the man who was heading up a new spin-off business for the utility."

After intense study, the journalist was able to write with a degree of expertise about a whole new world: the business of generating and transmitting electrical power to the entire West Central Florida area.

To write for an investor-owned business meant, however, that the journalist had to reorganize his writing company. He always had observed ethical journalistic tenets when writing for trade magazines but he now had made a decision to write for a for-profit company, which incidentally led to a raft of writing offers by other electric utilities and utility-related companies, greatly increasing his revenue stream.

He solved his ethical dilemma by dividing his company, a sole proprietorship, into two parts: corporate writing services, and trade writing. Such a move can prove to be a managerial nightmare but he avoided violating ethical journalistic standards by hiring a trusted former newspaper cohort as a contract employee to run the trade-writing side of the business.

"I knew him as a competent journalist who could be trusted," the owner says of his trade writer. "I gave him total control of all trade writing. I never looked at his work product; that was his end of the business. I got excellent feedback concerning his work from the editors for whom he worked.

"I did, of course, provide him with a contract that made it profitable for him, and for me. He more than repaid me for my trust in him. Trust can go a long way in the business world.

"When I retired, I sold the business to him, far below market value."