Jack Webster had given up on romance after his marriage splintered five years ago. His two children were now both in college. Rhoda Seaver, divorced with three teen-aged children, also was skeptical about diving back into the dating pool. But Jack and Rhoda found each other through a dating service and now are engaged to be married.

It's not an uncommon story. According to the Census Bureau, more than 50% of the divorced males in this country over age 50 and more than 40% of the divorced females in the same age bracket end up remarrying. But there's more to creating a union late in life than just melding family units. Several important financial considerations may be difficult to resolve for soon-to-be retirees. Here are seven issues that could cause problems: 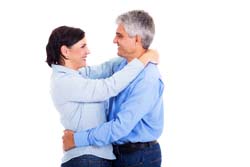 1. Social Security and pension benefits. If you’re divorced, getting remarried generally will suspend your right to receive Social Security benefits based on your ex-spouse’s earnings record. Similarly, if you’re widowed and plan on collecting benefits based on your deceased spouse’s record, you may have to wait until age 60 to remarry. (Getting married again also could affect the amount you’re entitled to from a former spouse’s pension plan. Contact the pension plan administrator to determine the impact of remarriage on benefits.)

2. Marriage penalty. Because of the way federal income tax rates are structured, some couples are hit with a “marriage penalty” if both have substantial incomes. In other words, filing a joint return will produce greater tax liability than they would have to pay if they continued to be single filers. That problem has been exacerbated by the 2013 tax law and its new top income tax rate of 39.6%.

3. Estate planning. It’s always crucial to have a valid will in place so that your heirs won’t have to depend on state law to dictate where assets will go. That’s even more important if you’re remarrying. You’ll certainly need to revise an existing will, as well as being sure to update beneficiary designations for retirement plans, because those supersede your will. Moreover, even if your will says your home will go to children from a prior marriage, it will go to your new spouse if the two of you own it jointly with rights of survivorship. 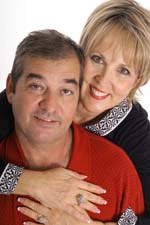 5. Health-care expenses. Your state may impose special rules relating to payments of medical expenses, and the rules for nursing home care could be particularly significant. Typically, if someone requires nursing home care, it may be possible to transfer some of that person’s assets in attempt to qualify for assistance under Medicaid (subject to certain imposing restrictions). However, in some states, you may still be responsible for the costs of a spouse, even if the spouse has transferred assets out of his or her name. Such rules could affect your financial arrangements with a new husband or wife.

6. Alimony. If you receive alimony from your ex-spouse, it likely will come to a halt when you remarry, though remarriage generally doesn’t affect child support. Consider how this will affect your family’s lifestyle. Figure out whether you still will be able to afford some of the luxuries you enjoy now or whether you’ll have to scale back. Look at options for replacing the lost income.

7. Beneficiary designations. When you get remarried, it’s common practice to change the designated beneficiary (or beneficiaries) on insurance, retirement plan accounts and annuity contracts (see #3). Don’t forget to do this. If you fail to do this, an ex-spouse might be entitled to most or all of such benefits.

It's only prudent for Jack and Rhoda to consider these financial issues before saying "I do." Other considerations, such as whether to use joint checking accounts or a prenuptial agreement, also may come into play. Having an open discussion before you remarry may avoid problems that could fester later.