Are you eligible to purchase your company’s stock through a stock bonus plan or via employee stock options, using funds in your 401(k) or other qualified retirement plan? If the company’s prospects look good, you may jump at the chance, especially if you can acquire the stock at a discounted price and you’re in a position to help improve the corporate fortunes. If you eventually sell the stock after the shares have increased in value, you can realize a tidy profit.


But here’s some practical advice you may find surprising: Try not to sell the stock before you retire. Instead, when you’re ready to receive distributions from your retirement plan, arrange to take a payout in the form of company stock. Thanks to a little-known tax break, you can avoid tax on the stock’s appreciation during the time you’ve owned it. 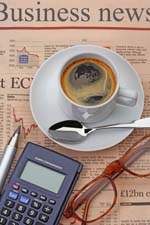 The basic premise is that if you receive a retirement plan payout in the form of company stock after a “qualified triggering event,” your tax will be based on the initial cost of the stock. Any increase in the value of the stock from the time you acquired it—an amount known as “net unrealized appreciation” (NUA) in tax lingo—will be completely exempt from tax. That’s in sharp contrast to other distributions from qualified retirement plans, which are generally taxed at ordinary income rates as high as 39.6%.

But the tax breaks don’t stop there. If and when you finally sell the stock that you take as a retirement plan distribution, any gain from the sale is treated as a capital gain—and if it qualifies as a long-term gain (if you’ve owned the stock longer than one year), the maximum tax rate is 15% or 20% for certain high-income investors.

To qualify for the NUA tax break, a distribution must be:


Be careful. For example, if you take a lump-sum distribution of your entire plan balance and your company then adds a late contribution or makes some other adjustment after the close of the tax year, the distribution will lose its favored tax status.

Of course, there are investment considerations here as well as the tax aspects. It’s important for your 401(k) account, like any other portfolio, to be adequately diversified. Don’t make the mistake of having all your funds invested in company stock. Still, having some of your assets in the shares of your company could be undeniably appealing. 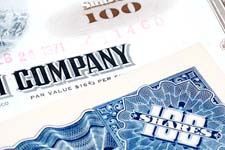 Suppose that during your 25 years with the company you acquired 20,000 shares of the corporation’s stock. The shares, originally valued at $5 each, now sell for $50 and your total holdings are worth $1 million.


If you sell the stock within your account and take a cash distribution this year, you will receive $1 million. However, the entire distribution will be taxed at ordinary income rates. If you’re in the 39.6% tax bracket, you’ll be hit with a federal income tax bill of $396,000 (39.6% of $1 million). On the hand, if you take the distribution in the form of company stock, you’re taxed only on the original cost of $100,000 (20,000 shares at $5 a share). Voila—your federal income tax bill is reduced to just $39,600!

Note that Congress has put this giant tax loophole on the cutting block in the past, but so far the tax break has managed to escape the ax. Don’t be shocked if new proposals surface as lawmakers again look to drum up tax revenue. Practically speaking, if you can benefit from a plan distribution of company stock now, it could make sense to take advantage of the current rules.

Alternatively, you could sell the stock inside your 401(k) and roll over a cash distribution into an IRA. That would enable you to spread out tax on distributions as you gradually take them, though the withdrawals would be taxed at ordinary income rates.